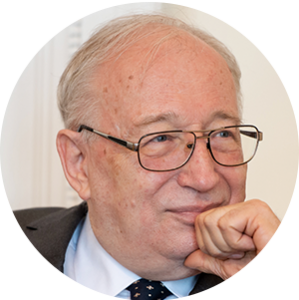 Born 1938, Polish historian, Full Professor at the University of Warsaw. He graduated in History in 1960. In 1966, he obtained a doctoral degree under the supervision of Marian Małowist at the Institute of History, University of Warsaw. It was also at that institution that he received his postdoctoral degree (habilitation) in Modern History in 1974. In 1964, he completed an internship at the École Pratique des Hautes Études in Paris under the supervision of Fernand Braudel. He became Associate Professor in 1983 and Full Professor in 1996. He was the head of the Iberian and Ibero-American Studies between 1975 and 1981, and a Deputy Director of the Institute of History at the University of Warsaw between 1981 and 1988. Ambassador of the Republic of Poland to Spain in 1990–1994. Back at the University of Warsaw, he was a Deputy Director of the Center for Studies on the Classical Tradition (OBTA) and then of the Institute for Interdisciplinary Research “Artes Liberales” (IBI AL) in 1996–2008. Between 2013 and 2018, he supervised the international doctoral program “Searching for Identity: Global Challenges, Local Traditions”. His research interests have included history of India and pre-colonial expansion, early-modern and modern Spain, and history of Poland and Europe. His current research concerns comparative history of civilization. His bibliography includes some 600 items.