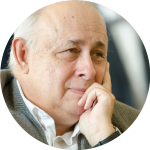 Full tenured professor at the Faculty of “Artes Liberales” of the University of Warsaw. Director of the Collegium Artes Liberales in its 2016–2020 term. Classic Philologist by education (doctorate – 1972, post-doctoral degree – 1976, professorship – 1986), he has authored over 600 publications, including 10 books and source texts editions. The mastermind and long-term director (1992–2008) of the College of Inter-faculty Individual Studies in the Humanities (MISH); founder of the Center for Studies on the Classical Tradition in Poland and East-Central Europe (1991), later transformed into the Institute of Interdisciplinary Research “Artes Liberales” of the University of Warsaw, of which he was the first dean (2012–2016). A specialist in literary, historical, cultural and theatrical studies, with particular emphasis on the reception of classical tradition in Polish and European culture. His hobbies, which he yet treats seriously, include ornithology, primatology and the history of zoos.

Back to page Board and Council